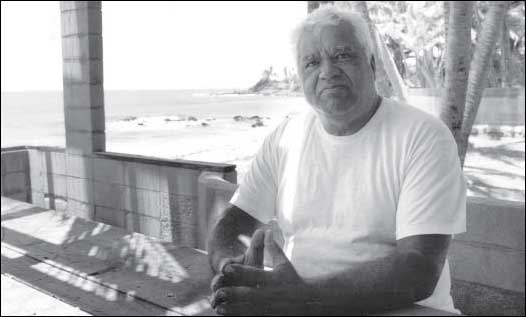 Rene Sylva, a visionary conservationist and the Maui Nui Botanical Garden’s Founder, passed away at his home on Pa’ia Bay on December 28, 2008. He was a one month shy of his 80th birthday.

Rene leaves an incredible conservation legacy. His passion for the preservation of native Hawaiian plants and sea life inspired generations of us; now tasked with carrying on his vision. The life path guiding him to become a leading conservationist began many years ago. After time spent in the military, and a brief construction career, Rene became a fisherman. After noticing the declining turtle population, Rene abandoned his occupation and destroyed all his nets. He went on to become the only fisherman to publicly testify to have Hawaiian sea turtles put on the Endangered Species List. In 1994, he was honored for his actions by the Chevron-Times Mirror magazine with it’s Conservation Award recognizing natural resources conservation efforts. Rene, for all his passions, was a very humble and rather shy person and though honored for his conservation work several times, would usually dodge the spotlight, and became famous for not showing up at the ceremonies.

Rene was appointed caretaker of the newly opened Maui Zoological and Botanical Gardens in 1976. He single-handedly, and with his own resources, created an outstanding native Hawaiian plant collection that was recognized throughout the state. Famous botanists such as Dr. Harold St. John and Dr. Otto Degener sought him out for his remarkable skill at recognizing and remembering the location of native plants. Once he had found a plant, he always remembered exactly how to find it again sometimes many years after it was first discovered. He used traditional skills not the modern GPS equipment we have today.

He had a brilliant mind. Even though he only had an eighth-grade formal education, he was extremely wellread and possessed broad knowledge on many subjects. His nephew, Lopaka Aiwohi (one of more than 50 nieces and nephews) reported that he was impossible to stump, although Lopaka tried many times. Other family members shared that he was their favorite uncle and had a sixth sense. He always knew exactly when anyone was up to trouble.

Because of his close relationship with the ‘aina, and his understanding of the natural world, Rene was the first person to put forward the restoration concept that instead of using trees, especially alien species, to reforest Hawai‘i, we needed to establish a foundation, with grasses and ground covers to hold and build the soil. He was able to prove his theory on Kaho‘olawe. Thus began the restoration efforts that now influence many of our current restoration efforts throughout the state. Most of those original plantings are still thriving. At his memorial service held at MNBG on January 4th, many friends and family members shared their stories and experiences. We would like to collect more stories. If anyone reading this has a memory or experience they would like to share, please send them to us. We would like to post them on our website and archive them in our library so that future generations will be able to appreciate his efforts and be inspired to continue his legacy. 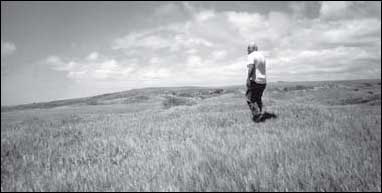 Maui Nui Botanical Gardens has established the Rene Sylva Memorial Fund to support environmental education and conservation efforts in Maui Nui. If you would like to make a donation to this fund please contact us or mail your donation to the Gardens at P.O. Box 6040, Kahului, HI, 96733

Please Consider
Making a Donation
Every dollar contributed to Maui Nui Botanical Gardens goes directly towards the preservation of Native Hawaiian Plants and the upkeep of our collection that includes some of the rarest specimens in whole world!