Loulu is the Hawaiian name referring to all of the palm species of the genus Pritchardia found throughout the Hawaiian Islands. This collection of loulu are the only truly native palms in Hawai‘i. These graceful palms form a distinctive element in our wet to mesic forests, mostly between the elevations of 2,000 to 3,000 feet. They range from small plants that cling to steep, wet, windy slopes to towering 80 foot tall giants that rise above the forest canopy.

Loulu are “fan palms” with broad round leaves that are deeply pleated and have narrowly pointed leaf tips that are either stiffly erect or drooping. Flowers are borne on stalks that range from 2 feet long to as much as 10 feet long in some species where they arch gracefully out beyond the leaves. The fruits can be oval to spherical and range from .75 inches to over 2 inches in diameter and are shiny black when ripe.

There is much diversity in the genus Pritchardia throughout Hawai‘i. As presently understood there are 24 separate species occurring on 8 different islands, with 6 of these species occurring on 2 islands and the rest being single island endemics. Kaua‘i has 7 species, O‘ahu, Maui and Hawai‘i each have 5, Moloka‘i has 4, Lana‘i Layout Editor, U‘i Naho‘olewa has 2 and Ni’ihau and Nihoa each have 1. On each island most species occupy different areas that don’t overlap. For instance, Maui has Pritchardia arecina on the windward slopes of east Maui, P.woodii on the east end above Maka’alae. West Maui has P. glabrata on its eastern slopes in Na Wai ‘Eha, P. forbesiana on the western and northern slopes from Haela‘au to Honokohau, and P. munroi on the southern slopes above Ukumehame and Ma’alaea. The 3 West Maui species also occur on Moloka‘i or Lana‘i.

Loulu, like most other native plant species, were well known to the Hawaiians and were assessed for useful qualities. Loulu leaves, with their broad pleated surfaces, were found to make excellent thatch for roofs and were used like shingles that lasted longer than grass thatch. These sturdy leaves were also used as makeshift umbrellas and could be woven into excellent hats as well. The green sub-mature seeds, which were called hawane or wahane, were considered a delicacy when cracked open and the soft white meat was said to taste somewhat like niu haohao, the soft meat of the green coconut.

A small red and grey native bird from Hawai’i Island called ‘ula ‘ai hawane was said to have made such regular use of the nectar of the hawane (an alternative name sometimes used for the loulu) that it was given this name which means “the red bird that feeds on the hawane”. This bird is now extinct.

Two species of loulu still occur along the coasts of Hawai’i and Moloka’i, and it has long intrigued botanists as to why more loulu don’t occur in the lowlands below 2,000 feet elevation where most of the species currently occur, especially since these upland species usually thrive when planted in the lowlands. It could be that this pattern of occurrence is the result of a long period of overharvesting of loulu in the lowlands where they were once readily available.

Present threats to our loulu species, 9 of which are now on the Endangered Species list, include goats, deer, pigs and cattle which eat the young plants, and rats and pigs that eat the seeds.

Many of these loulu palm species, including many of the rare species, are now in cultivation and some of their habitats are now being protected. It is an important goal that none of these species be lost.

Location
The Garden is located at 150 Kanaloa Avenue in Kahului Maui, right across from the War Memorial Stadium.
(808) 249-2798

MNBG is closed until
further notice.

Please Consider a Donation
Every dollar contributed to Maui Nui Botanical Gardens goes directly towards the preservation of Native Hawaiian Plants and the upkeep of our collection that includes some of the rarest specimens in whole world! 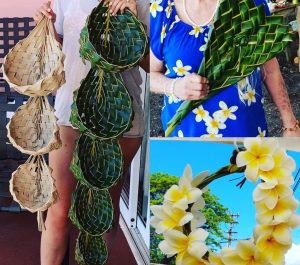 If you love working with native plants, you will love the Weed & Pot Club! This volunteer gardening group meets every Wednesday morning, from 8:30 AM to 10:30 AM. Spend[...]
View Calendar